(Director of Swindon Chiropractic Clinic and Chiro Plus Clinics Ltd)

Christopher Biggs grew up in Perth, Western Australia, moved to the UK in 2005, and began working at the Swindon Chiropractic Clinic in 2011. Chris holds a BSc (Hons) Chiropractic and additionally holds a BSc (Hons) in Sport (Sports Therapy). After joining the register of Chiropractors (The GCC) he obtained a Post Graduate Certificate in Professional Development (Chiropractic) from the Anglo European College of Chiropractic. He also holds a PgCert in Nutritional Medicine from The University of Surrey.

Prior to completing his first undergraduate degree, Chris obtained Diploma level qualifications in Tui-Na (Chinese Acupressure Massage) and in Thai Massage (Traditional Thai Yoga Massage) while also pursuing the study of various systems of Acupuncture and Soft Tissue Therapies in order to add a variety of complementary holistic skills to his treatment repertoire. In 2009 Chris commenced graduate level study in Clinical Acupuncture at Anglo European College of Chiropractic in Bournemouth and was part of the first cohort to complete the Diploma course, obtaining his award in 2012.


With an overwhelming interest in treating elite level athletes Chris has completed a range of advanced, specialist training in sports rehabilitation and sports injury treatment to ensure he always offers the best evidence based approach to managing the treatment needs of professional and amateur athletes alike, helping them to perform at their peak. Previously Chris maintained a specialist clinic, during term time, at The University of Oxford Sports Complex, where he treated athletes of all abilities.

After many years of working at the Swindon Chiropractic Clinic, Chris purchased the business and became the new owner. He is now the most senior member of the clinical staff. Chris utilises a mixture of Spinal Manipulative Techniques, Dry Needling, and Soft Tissue skills.

Chris is a Member of The Royal College of Chiropractors, and The United Chiropractic Association. 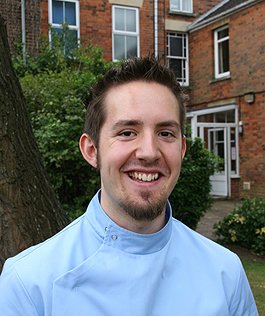 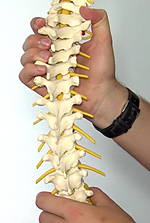 We Can Help You

Come in and see us for a free screening, we will assess your problem and tell you if Chiropractic can help. If not, an appropriate alternative will be suggested.

The Swindon Chiropractic Clinic is under new management! Please see the About Us section for more information.